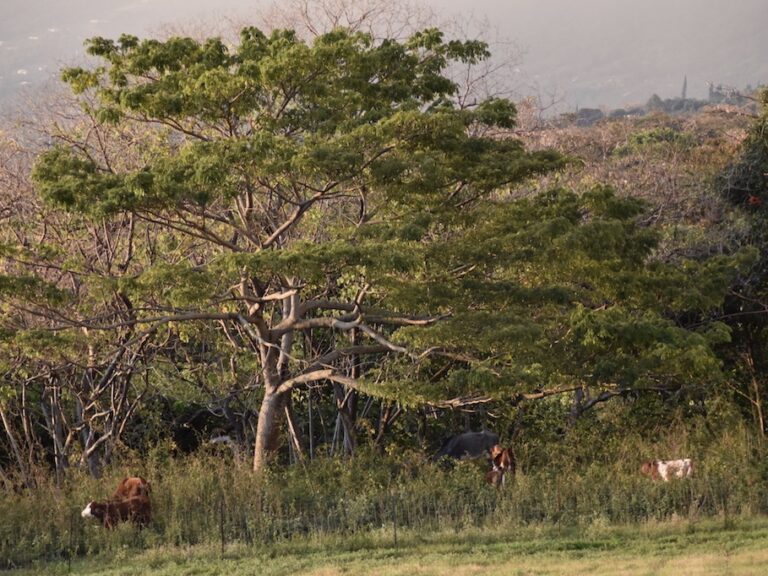 Wild cattle have a long history on the Big Island of Hawaii. They first arrived as a gift for a king but within a short time they grew to become a widespread pest. The introduction of cattle may have been the reason for the birth of Hawaiian cowboy culture but wild cattle in the 21st century present ongoing challenges to the environment. 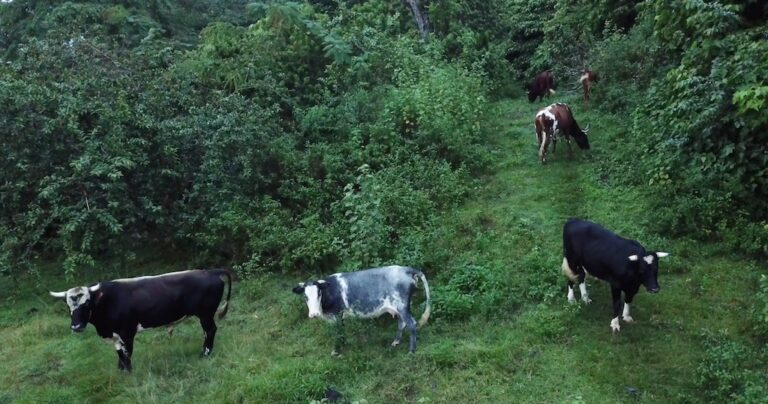 In the late 18th century cattle were introduced to Hawaii. After a small number of cattle were gifted to King Kamehameha I they were declared protected and no cattle were allowed to be slaughtered. By the middle of the 19th century there were over 25,000 wild cattle on the islands. Eventually the burgeoning cattle population began to damage crops, as well as proving dangerous to the general public. The ban on hunting cattle was lifted in 1832.

Did you know? Kamehameha III invited vaqueros (cattle herders) from the mainland and Mexico to train Hawaiians on how to control the growing wild cattle problem on the islands. This was the beginning of what is now known as the paniolos, or Hawaiian cowboys. Interestingly, the ukulele is a product of this cross culture mix between Hawaii and Mexico. 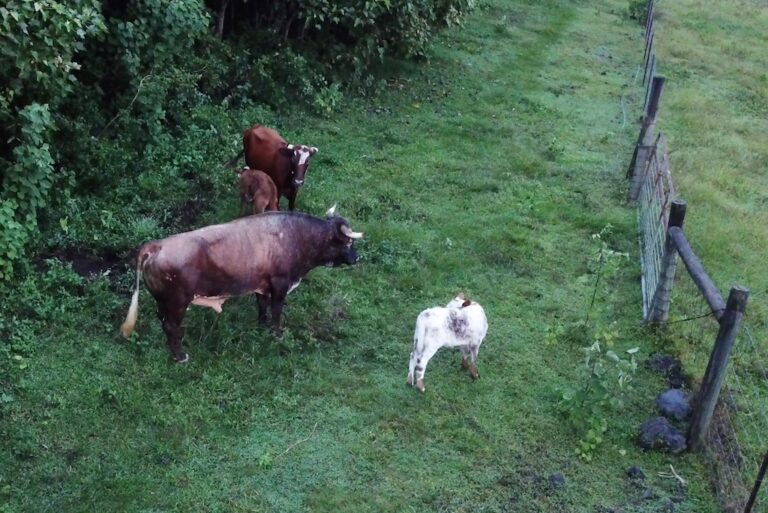 What is now the modern Hawaiian wild cattle is in fact a fairly distinctive feral breed. Smaller than the average Hereford cattle, the wild breed tends to have longer legs and is thought to have a stronger temperament. They also have a unique capacity to survive without a significant source of water for long periods. In order to survive, the cattle must glean water from dew-covered foliage or wherever they might find sitting pools of water after a rainstorm. 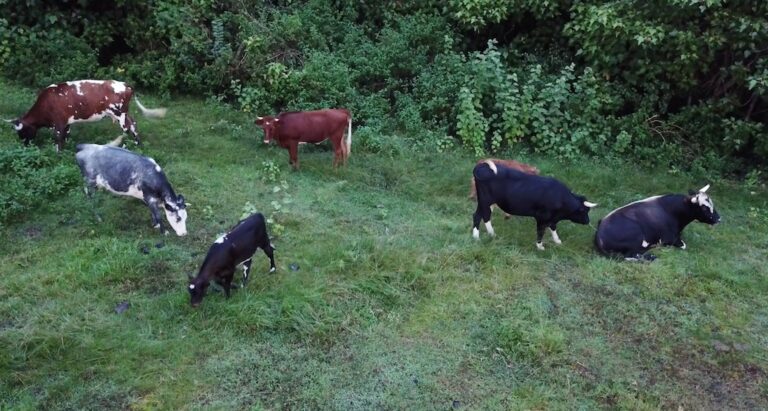 The Department of Hawaiian Home Lands have identified wild cattle as having a distinct negative impact on the forest environment. Cattle contribute to the spread of Rapid Ohia Death, the devastating fungal infection affecting the Ohia tree population, and even the spread of gorse. 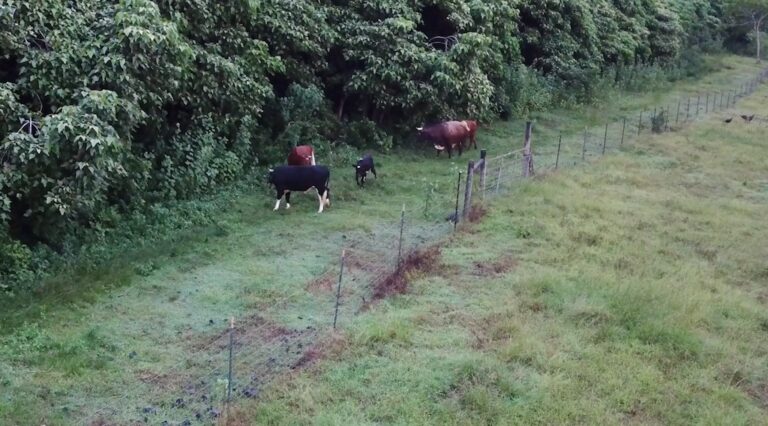 Because the state of Hawaii considers wild cattle to have an adverse affect on the Hawaiian forest environment hunting is welcomed. They are not just hunted to control numbers but also as a food source. Wild cattle meat is enjoyed by those locals who make the effort to hunt them, braving the rocky mountain terrain of the forest and the sometimes elusive cattle herds.

A mature Hawaiian bull can weigh as much as 2,000 pounds. This means that killing a bull is one thing but carrying the animal out of the forest is quite another. Bulls are also prone to charging when cornered so care is needed, especially as wild cattle tend to be faster and more agile than the average cattle. 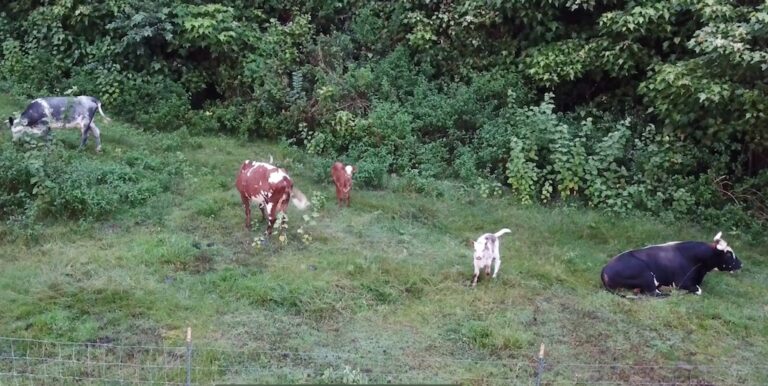 Horizon Guest House is bordered by McCandless Ranch (all photos were taken along the boundary fence), one of the many large ranches on the Big island. It’s along this boundary that herds of wild cattle can be seen emerging from the forest to graze beside the fence line. At night you may even hear the calls of bulls in heat from deep within the forest. This unique call almost sounds like it might have more in common with a dinosaur roaming the forest than a common cattle! 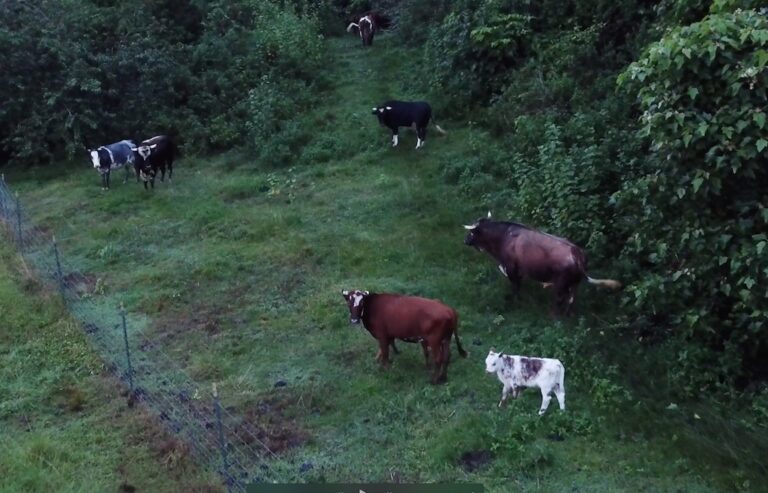 Wild cattle on the Big Island have a unique history and are now a well established part of Hawaiian rural life. But controlling the cattle population remains the key to conserving the forest ecosystem and protecting the flora of the Big Island.